While the world was struggling to recover from the economic recession, DevCom’s strategic communication processes helped a small leadership consultancy to reach and achieve its growth targets.

increase in company’s revenue in 2010

increase in company’s revenue in 2011

of the new business came from alumni reference

Louis Allen Southern Africa (LASA) is the South African branch of a global leadership consultancy with a track record of more than 50 years. By the time DevCom was retained as its communication agency, the present owners had had the business for nine years. It was a small company with 12 employees and a network of consultants and training facilitators, servicing about 50 clients. LASA had set out to aggressively grow the business with a three-year strategy as of 2010, projecting a 20% year-on- year growth rate. Communication had been identified as a key requirement for success.

The communication audit DevCom conducted in May 2010 brought to light the results of this approach to communication:

Based on the audit results, DevCom developed and implemented a communication strategy to help realise the company’s growth strategy. In all, we worked with LASA for 18 months. 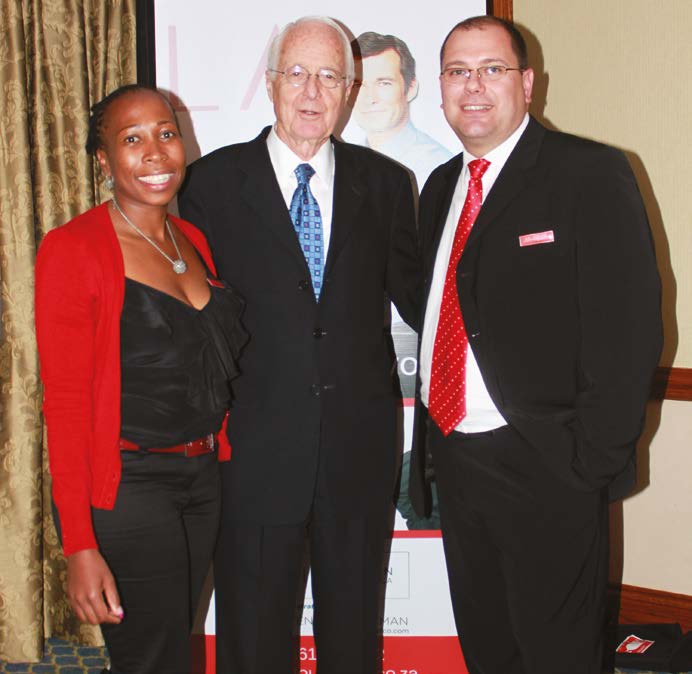 In November 2011 we conducted a follow-up audit to measure progress. Louis Allen’s business goal was to grow the company’s revenue with 20% per annum. The company posted a 50% increase in 2010 and a 25% growth in 2011, clearly exceeding its goal. The CEO attributed the significant growth in 2010 directly to the revitalised brand and focussed communication strategy.

The main communication goal was to attract new and potential clients by focussing on alumni. Around 80% of the new business generated in 2010 and 2011 came from alumni references. Alumni also responded to the newsletters by sharing their personal success stories of using the Allan Management System.

Particularly gratifying was the results that showed an increased connection between LASA and its stakeholders. In the 2010 audit, only 4% of the database responded to the surveys and telephonic interviews; in 2011 the response rate was 40% and large numbers of respondents associated LASA with the communication messages we had developed and implemented.

DevCom and Louis Allen Southern Africa won an Africa Region Quill Award for the implementation and execution of the communication strategy.