When public awareness must be clear as day.

DevCom’s work with Child Welfare Tshwane (CWT), a large child welfare organisation, gave us the opportunity to empower people who dedicate their lives to lightening the load that others have to bear.

In 2006, CWT faced more than the usual non-profit organisation challenges. In addition to the chronic lack of funding, it had to deal with a new name, new management, and the implementation of a transformation plan.

Based on the research results, we decided that our primary goal was to create communication tools that would enable CWT’s staff and volunteers to increase public awareness about the organisation’s work. The secondary goal was to ensure that each staff member owned the brand and became a fund-raiser by communicating the organisation’s messages and telling its stories in a compelling and consistent way.

The audience mix for the CWT campaign was interesting. It included 80 permanent staff members, 150 volunteers, and 12 board members. Around 90% of the audience were women with formal links to the social work profession. Given this overwhelming representation of social workers, it was no surprise that the personality traits of people who choose this profession were reflected in CWT’s culture. Social workers are passionate, dedicated, and loyal, and we found that team cohesiveness and a spirit of support was common across the community offices.

However, the dark side of these personality traits was also evident. Given that solving problems was what they did every day, the social workers had become fixated on problems.

When DevCom started working with CWT, the social workers’ mindset was extremely negative as they struggled to carry out their duties while also trying to communicate and raise funds. As a result, a powerful undercurrent of “We are not understood” permeated the organisation’s communication.

The social workers tried to focus on giving hope but did not know how to communicate about their profession in ways that would change both public perception and their organisation’s culture.

Once we understood these dynamics, DevCom set out to empower and inspire people. To this end, we implemented a range of actions:

As is so often the case in non-profit environments, DevCom had no project budget. We kept expenses to a minimum by using our networks and sponsors and hosting only one event, and CWT paid for some of the printing. The project was truly an exercise in how to achieve a lot with almost nothing.

The project was nearly derailed when the CEO, who appointed DevCom, resigned in the middle of the campaign, followed by the passing of the chairperson of the board. But research came to our rescue. The needs we had identified in the audit remained the same despite the leadership change and we could continue implementing the programme.

CWT was an emotive environment. We managed expectations, feelings, and personal agendas by continuously refocusing all the role-players on the task through weekly status meetings, feedback reports, and daily communication with all stakeholders.

Technology and infrastructure, which are cornerstones of effective internal and external communication processes, were a serious weakness in CWT. With thorough motivation and planning, DevCom advocated for new computers and printers. The upgraded infrastructure significantly improved CWT’s communication efforts.

After a year of intensive strategic communication initiatives, our post-implementation research delivered an above-average rating on all fronts. Compared to where we started a year before, CWT was almost unrecognisable. Media relations and visibility through the use of communication tools also received an above-average rating, and CWT received significantly more – and better – publicity during the last three months of the campaign. 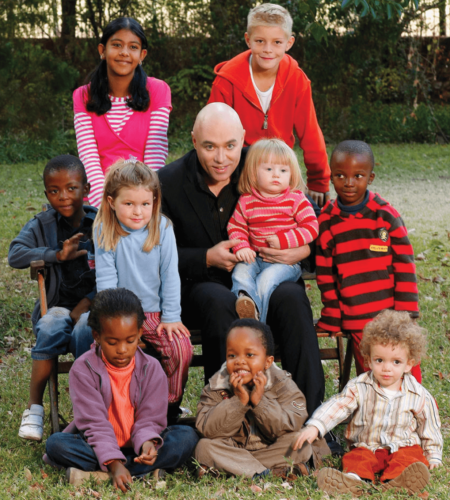